Skin ageing is a natural process, which often leads to loss of firmness, skin tone changes and decreased production of collagen and elastin fibres Skin ageing can be endogenous or exogenous from environmental factors or internal influences. Many factors influence endogenous or exogenous ageing such as smoking, medication, hormones and UV rays. Ageing skin results in loss of collagen, elastin, dyschromia and overall dull and depleted skin Non-invasive treatments within the aesthetics industry provide alternatives to surgical treatments such as facelifts Aesthetic treatments for skin ageing and skin health include, laser skin resurfacing, advanced chemical peels, laser treatments for vascular concerns and pigmentation. Non-invasive treatments have seen an overall growth since 2013, women account for 91.4% of all non-invasive treatments to delay the signs of ageing and to improve overall skin health.

Everyone wants youthful skin, which has not got many imperfections, however, lifestyle choices such as diet, holidays and skincare all play a part in achieving flawless skin. Some things are beyond our control such as acne scarring, due to hormonal imbalance, skin texture and pigmentation through hormones. These are just some of the things that the skin can be subjected to and can cause emotional and wellbeing issues for the sufferer. It is also best to do your own research and see the clinic before any decision about the treatment is made. Contra-indications such as medicines, autoimmune disease can delay the recovery and wound healing process. This can all be discussed at the consultation appointment you have at your specialised clinic. 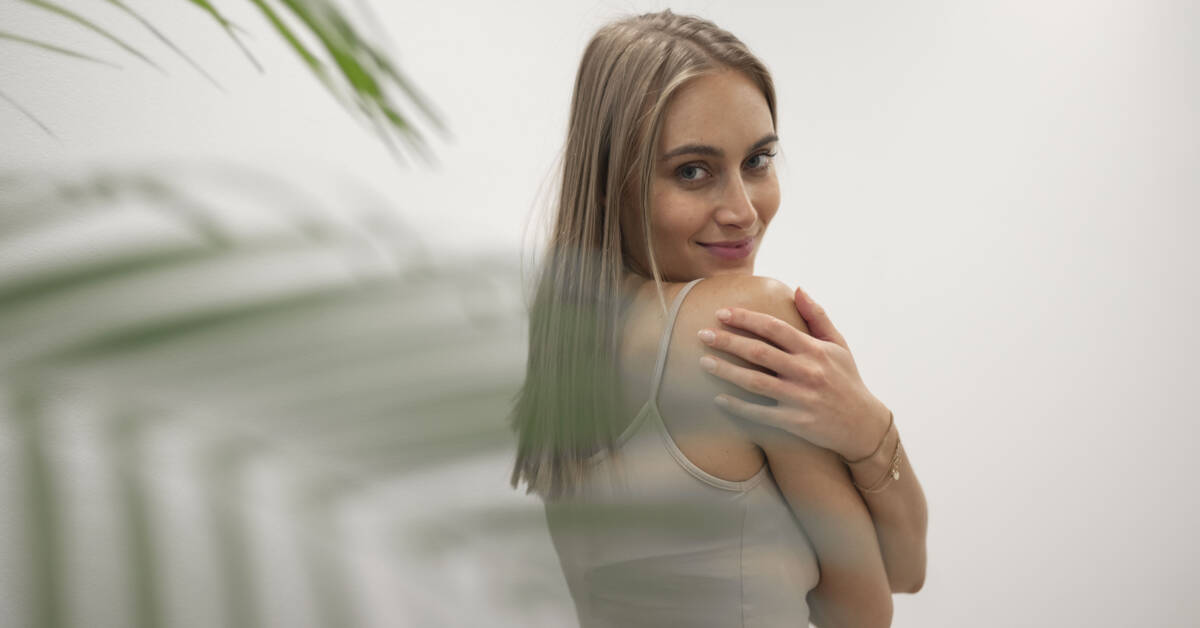 Skin resurfacing procedure are more common now, with skin conditions such as pigmentation and melasma. Men and women want a treatment which is highly effective without causing too much trauma to the skin and the surrounding area that is being treated. As with all laser treatments care and attention must be applied to the clients medications, consultation, commitment and downtime of the treatment.

Fractional laser resurfacing was introduced in 2004 to the aesthetic industry as an alternative to full ablative laser resurfacing, the healing time with fractional laser is substantially lower then ablative lasers used by medics for severely photo-damaged skin. Er:YAG 2940nm can be used on all skin types due to the ability of water absorption and not melanin absorption. Medical grade laser machines provide the best results for 2940nm wavelength. A patch test for Er:YAG 2940nm  and a full consultation detailing the down time for this treatment must be advised to the client before commencing a course of treatments. Er:YAG works on photo-thermolysis which causes a controlled injury to the tissue however the surrounding tissue which is not treated is not injured. This is an advantage of Er:YAG 2940nm as only areas needing to be treated can be treated causing no injury to the rest of the area . During controlled injury the natural mechanisms of wound healing come into force which promote the cell proliferation turnover leading to fibroblast activity and production of collagen. Er:YAG also promotes neo-collagenesis and collagen remodelling which would consequently help Client 1 with the loss of contours and general ageing of the skin such as rhytids around the peri-oral area.

Chemical peels are chemo-exfoliation treatments which target specific needs for the client. Chemical peels have been used for many years and originated with the Egyptians using sour milk which would turn in to lactic acid this would give a rejuvenated skin complexion Chemical peels come in varying depths and are almost suitable for all clients. The depths of the peels vary between, superficial, medium and deep, along with varying depths they also have different PH levels which intensify the chemical peel itself. Chemical peels stimulate epidermal growth, even distribution of melanin and promotes collagenesis.  Chemical peels usually consist of one or two ablative agents which promote keratolysis which subsequently promotes better epidermal cells and facial complexion The mechanism of action behind the chemical peels is to cause a controlled injury which would then result in the wound healing process which includes inflammatory response, proliferative ad maturation. During each of these stages epidermal growth is stimulated and fibroblast and collagen activity

As with higher FST it can be difficult to treat melasma with lasers or IPL as post inflammatory hyperpigmentation (PIH), as the risk is higher this is due to the melanin with the skin (Adedeji, 2020).  Whilst medium depth peels are a great alternative to light therpaies they pre care and preparation must be done by the client to gain maximum benefit of the pee. The advanced chemical peels with ingredients containing Azelaic acid 20%, resorcinol 10%, phytic acid 6% and tranexamic acid 3%. As all these ingredients within this peel help inhibit further production of tyrosinase and it will subsequently decrease the risk of PIH with darker FST (Sarkar, Bansal, and Garg, 2012). The PH level of this advanced peel was 0.9 which would disrupt the chemical membranes within the epidermis.

Clinical studies done on azelaic acid have proven that after a course of six chemical peel that the pigmented areas have almost disappeared resulting in clear and vibrant skin. Resorcinol acid is a derivative of phenol and works on disrupting the hydroxy bonds and helps lightens pigmentation this ingredient is beneficial for the client due to the pigmentation and melasma on the face Phytic acid is known to decrease pigmentation and has antioxidant properties and Tranexamic acid will inhibit inflammatory components of hyperpigmentation which will therefore reduce the risk of PIH

Intense pulse light (IPL) has been used since the 1990s, within the medical field for treatment of lower limb veins IPL is now used within the aesthetics field to treat vascular and pigmentation concerns on the 585 nm wavelength which are the client’s main concerns, other wavelengths can also treat hair removal IPL has a broad-spectrum light, with a xenon lamp which is polychromatic and non-coherent meaning the light comes in many different colours and has a flashing mechanism which scatters light on the surface being treated The mechanism of action behind the IPL 585nm is selective photo-thermolysis causing a controlled injury to the area to be treated. The targeted chromophores of IPL 585nm for vascular is haemoglobin and the target for pigmented lesion is Melanin.

The mechanism of action for pigmentation with IPL585nm is by the thermal heating of keratinocytes which then transfers melanosomes up to the surface of the skin, causing micro-crusting to the pigmented lesions which fall off after 3-5 days’ post treatment. 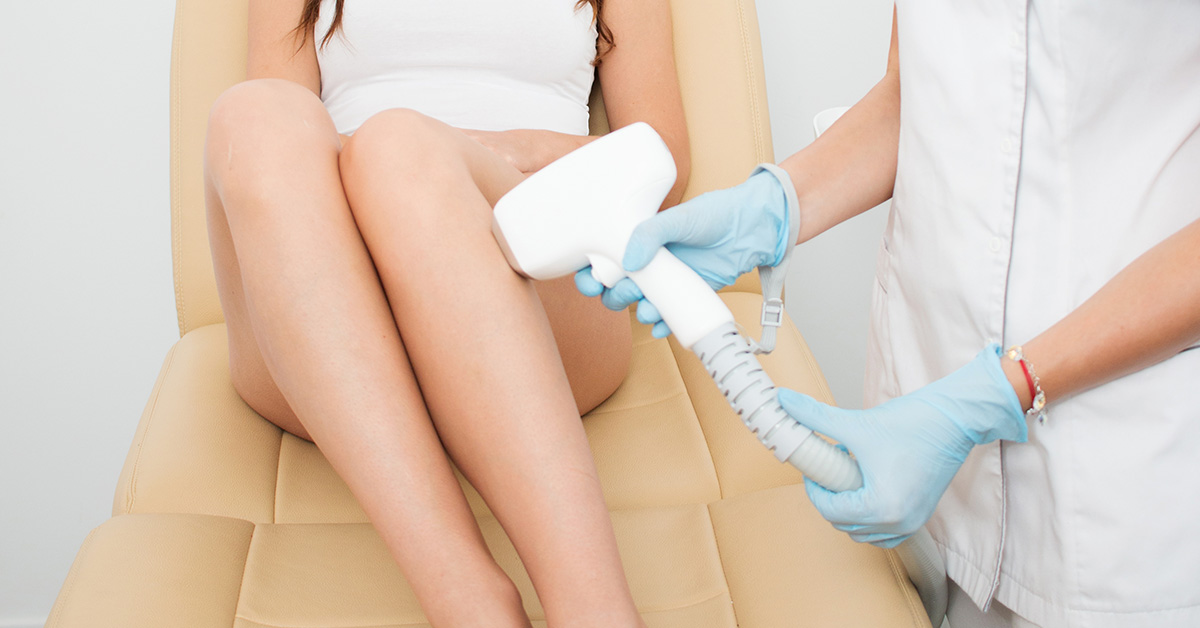 Here are just a few treatment options to help combat the pigmentation, scarring and improving skin health with the use if chemical peels and laser based therapies. Always conduct your own research on to the clinic, the machinery, look at before and after pictures. Always ask the downtime to these treatments. Make sure you follow all clinical advice before and after procedure. Afterall you are wanting great results so don’t compromise on the results.

Delicate Skin around the Eyes

Protecting your skin during summer time